As millions of Americans gear up to travel during the Thanksgiving holiday week, many will have to deal with rain, snow, blustery winds and cold temperatures. Globe Aware volunteers on the move should know what to be on the look out for!

Snow and thunderstorms could hinder holiday travel this week

As millions of Americans gear up to travel during the Thanksgiving holiday week, many will have to deal with rain, snow, blustery winds and cold temperatures.

Over 5 million people from Michigan to New York are under winter weather alerts as additional lake-effect snow is expected to fall Sunday.

Meanwhile, rain and thunderstorms will be the main concern for some southern states. 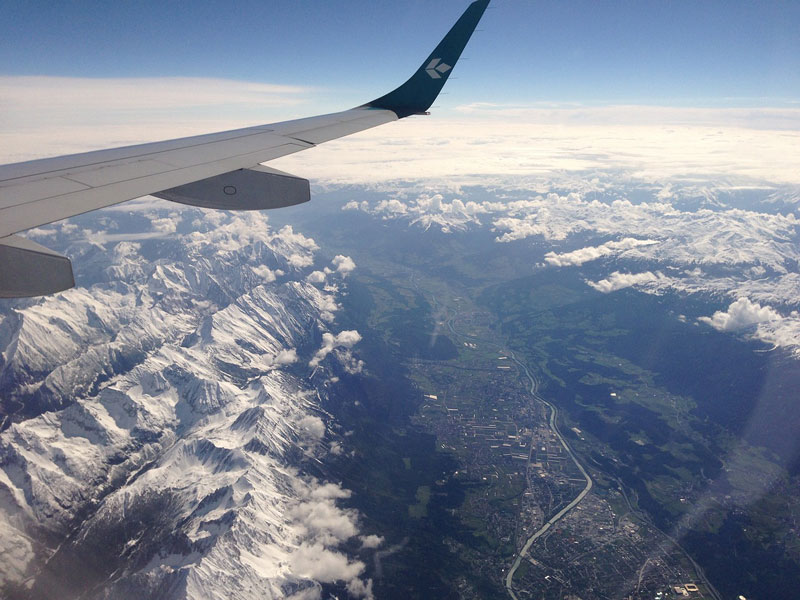 The cold temperatures after the snow ends can also be dangerous.

“On a day where you have snow that quickly falls, you’re already almost blinded visibility-wise while driving,” Jonathan Guseman, the Warning Coordination Meteorologist for the National Weather Service in State College, Pennsylvania, tells CNN. “The snow melts on the highway and then the cold surge of air behind the snow squall freezes that melted snow and produces what we call a flash freeze, where it makes it almost impossible to keep traction and drive safely on the highway.”

This week more than 70% of the US population (over 230 million people) will see temperatures at or below freezing.

Sunday will start with practically everyone east of the Mississippi River and most of Texas feeling more like January than November with temperatures 10 to 20 degrees below normal.

Even a southern city like San Antonio isn’t much better. Their forecast to have a high temperatures on Sunday of only 49 degrees – their normal high temperature is 70 degrees.

Rain returns to the Pacific Northwest and southern states

A series of storms will push into the Pacific Northwest bringing rain to the coast and valleys, and snow to the Olympic and Cascade mountains this week.

“A weak weather system moves through the area late Sunday night or Monday morning, followed by a stronger one Tuesday,” the National Weather Service office in Portland said.

The northern Rockies will also see precipitation chances on Tuesday through Wednesday with the frontal system passing through.

Rain accumulation is not expected to be very high, with most areas picking up less than 1 inch through Wednesday.

The southern US, however, will see slightly higher amounts of rain this week.

A low pressure system in the Gulf of Mexico is allowing for rain showers across Texas Sunday, pushing into Louisiana Monday and Alabama and Georgia on Tuesday.

Areas of Florida, however, have rain chances every day from Sunday through Wednesday, including Orlando, Miami, and Key West.

In total rain accumulations across Texas and Louisiana will remain between 1-2 inches, but slightly higher along the east coast of Florida which could pick up as much as 3 inches through mid-week.

The Weather Prediction Center (WPC) cautions that isolated flash flooding could be a concern across urban areas.

The biggest weather concern this holiday week looks to take place starting Thursday across the middle of the country.

Here's a preview of the Thanksgiving holiday forecast. It appears that unsettled weather will spread into the eastern half of the U.S. with an intensifying storm possible near the East Coast. However, details are uncertain at this time so please stay tuned to forecast updates. pic.twitter.com/lI2154AQfY

For now, the Macy’s Thanksgiving Day Parade in New York should be able to play out without rain, but by Friday you may need that umbrella in the Northeast for any Black Friday shopping.

“A couple of low pressure systems including a possible Nor’easter could cause meaningful precipitation across eastern parts of the US late next week,” the WPC said this weekend.

This could bring rain/snow and nasty travel conditions to many major cities east of the Mississippi River through Saturday.

“Current forecasts indicate that wintry precipitation is a better possibility for the Interior Northeast while the metropolitan areas along the I-95 corridor are more likely to get rain,” the WPC said.

But stay tuned to future forecasts this week as details like snow versus rain could change over the next few days.

Tweet
Published in News Articles
More in this category: « Best Early Black Friday Deals on Luggage 12 Traditional Dishes of Ghana »
back to top