Seven Wonders of the World to Visit in 2023

The long-awaited Trans Bhutan Trail, a 250-mile long distance-trekking route that crosses the country is now awaiting our eager Globe Aware volunteers. Visit the wondrous country of Bhutan and explore villages, temples, and 12 mountain passes to experience the ultimate way to see one of the last great Himalayan kingdoms.

Seven Wonders of the World to Visit in 2023

Seven Wonders of the World for 2023

Of the original Seven Wonders of the World, only one—the Great Pyramids of Giza—still exists. The Hanging Gardens of Babylon, the Lighthouse of Alexandria, the Temple of Artemis, the Colossus of Rhodes, the Statue of Zeus at Olympia and the Mausoleum at Halicarnassus have all faded to dust and memory. These, instead, are seven new wonders for our time. They are the Acropolis of our day, the Stonehenge of now. Which also means they can be seen firsthand. And so they should. Because the real magic of wonder is not in the thing itself, but in the fact that the more you look for wonder in the world the more the wonder of the world becomes a part of you.

Wonder is nourishment for the soul. We are the only animal on earth, as far as we know, that can be moved to tears by a sunset, that marvels at the stars at night, that feels awe, and humility, at the achievements of our past. Wonder defines us as human beings. Socrates said: “Wisdom begins in wonder.” Studies show that the awe induces deeper levels of cognitive processing; it boosts empathy and helps us connect with the world around us in meaningful ways. Art and science are borne from it. Wonder is more than just a good feeling; it is a seed from which our greatest treasures grow.

Explore, dream and feed your spirit well. These are 7 new wonders of the world for 2023. 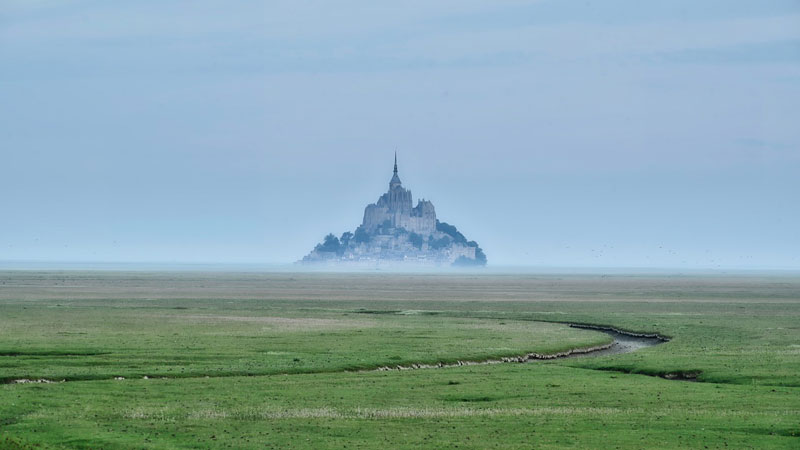 1,000 years ago, in 1023, work began building this astonishing Gothic-style Benedictine abbey, known throughout the medieval world as the ‘Wonder of the West’.

It’s easy to see why. Teetering on top of a rocky outcrop, half a mile out to sea in the middle of the Bay of Mont-Saint-Michel, it looks like something dreamt up in a fairytale. Located on the border of Normandy and Brittany, the bay is home to Europe’s largest tidal range, reaching close to 50 feet in spring. At low tide, it’s possible to walk barefoot to the abbey crossing the vast sandflats that surround it. At high tide, it appears to float on the sea like an ocean mirage.

It took 500 years for it to be completed and drew pilgrims from across the world. And though the abbey is itself an architectural marvel, it is the combination of sea and stone that sets it apart. Perhaps, nowhere else in Europe is the aesthetic brilliance of architecture complimented so alluringly by the natural world. 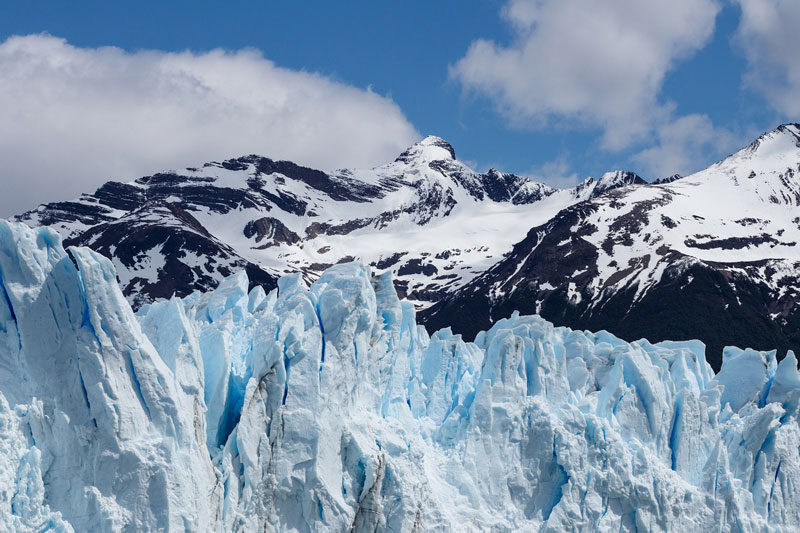 Argentina may have won the World Cup, but Lionel Messi’s not the country’s only wonder. Perito Moreno is considered by many to be the most beautiful glacier on Earth. Located in Los Glaciares National Park, in the far southern reaches of Patagonia, this vast wall of jagged turquoise ice covers more than 100 square miles and reaches almost 200 feet high.

It is a powerful place. Hike to a viewpoint or take a boat to the edge of the glacial wall, and you can hear the thunder of cracking ice as enormous icebergs are calved into the deep blue waters of Lake Argentino. Sparkling in the sun like crystals, they drift across the bay in dazzling forms and glowing colour, dwarfed by the vast tongue of ice from which they’re borne.

Messi might score the goals, but if you only see one glacier in your entire life, make it this one. 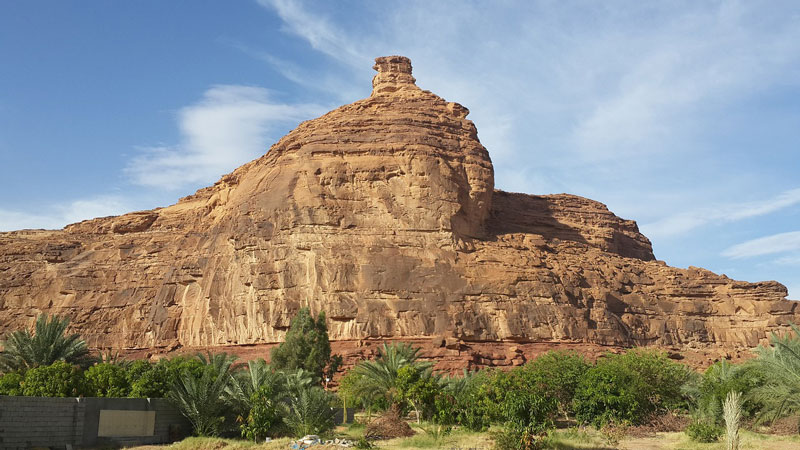 AlUla is a place of extraordinary history and cultural heritage. But until recently almost no one had heard of it, let alone visited. That’s changing. At the end of 2022, the site officially opened its doors to visitors and, in doing so, unveiled a more than 200,000-year-old piece of Arabian history.

Located in the heart of Saudi Arabia’s northwestern desert, much of it is still undiscovered too. It is estimated that less than 5 per cent of the site has been excavated. The UNESCO World Heritage site of Hegra is famous for its elaborate monumental tombs carved into stark red sandstone cliffs; AlUla Old Town is a labyrinth of now abandoned mud brick houses strewn with the earthy hues of the desert. There’s ancient rock art and restaurants from to-name chefs – including Maraya, set up by Michelin-starred chef Jason Atherton, and located on top of the largest mirrored building in the world. 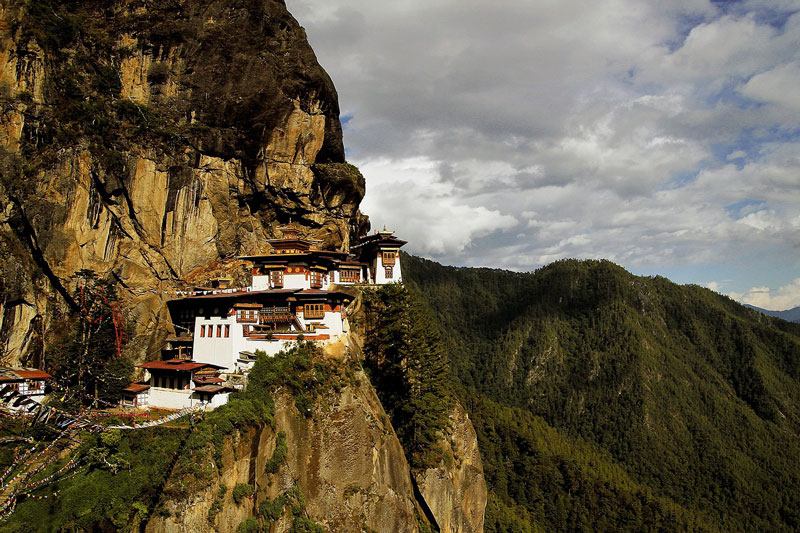 The end of 2022 saw the completion of the long-awaited Trans Bhutan Trail, a 250-mile long-distance trekking route that crosses the country from Haa in the west to Trashigang in the east. Passing through 27 local villages, dozens of temples, and 12 mountain passes it is, perhaps, the ultimate way to see one of the last great Himalayan kingdoms.

In many ways, the country itself is a true wonder, surrounded as it by the world’s highest peaks, and a deeply authentic Himalayan culture. But Tiger’s Nest Monastery or Paro Taktsang is special. Perched literally on the edge of a cliff 3,000 feet above the Paro Valley, this complex of four Buddhist temples and residential buildings, with whitewashed walls, bright red roofs and golden-domed ceilings, is almost too precarious to be real.

But perhaps that’s the point. The monastery was built on the site of a cave where it is believed that Guru Rinpoche, one of the founders of Buddhism in the region, meditated in the 8th century. It’s not easy to get there, requiring a steep two-hour hike, but if you make it, some of the enlightenment he sought might just rub off on you too. 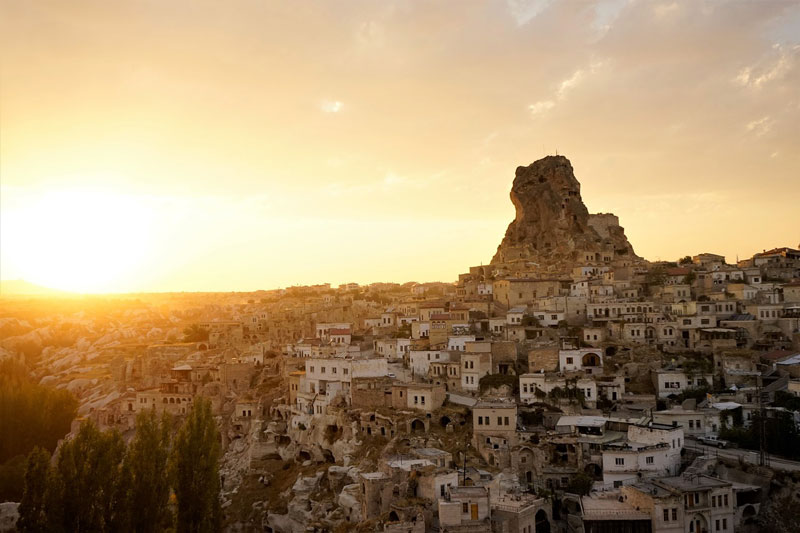 2023 marks 100 years since the end of the Ottoman Empire, and the beginning of modern Turkey. Sitting at the crossroads of Europe and Asia, Turkey is rich with awe-inspiring culture and heritage. But it’s also home to one of the world’s great natural wonders: Cappadocia.

This otherworldly expanse of enormous rock towers, called ‘Fairy Chimneys’, streaked in red and ochre with wind-sculpted crowns, is one of the most surreal landscapes on Earth. But it’s what’s inside them that makes Cappadocia truly special.

Starting around 1200 B.C. people began carving homes inside the rock itself. But these are no ordinary caves. The rock homes of Cappadocia are like works of art, with detailed facades, doors, windows, and staircases hewn from the mountain within. Entire towns have been hollowed out under the ground like inverted skyscrapers.

You can stay in some too. There are gorgeous boutique luxury cave hotels, balloon rides over the valley, and vineyards of sweet local wine. In a country seeped in mystery and myth, Cappadocia may just be the most alluring place of all. 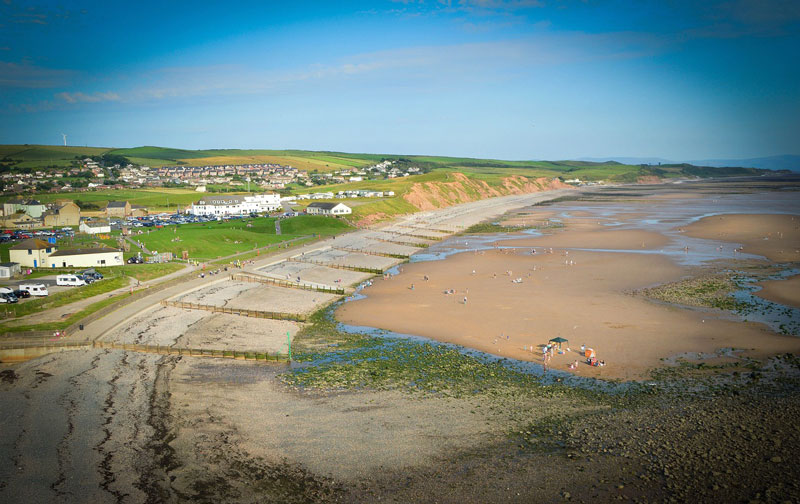 The author Alfred Wainwright called Britain’s ‘Coast to Coast’ path, which he designed and wrote the now famous guidebook for, “one of the world’s great walks.” This year it turns 50, and there’s no better time to explore it for yourself.

Spanning 190 miles across Northern England from St Bees on the Irish Sea to Robin Hood Bay on the North Sea, it has grown to become the most popular long-distance hike in the country. There are many highlights, but undoubtedly the most beautiful part of all is the section which crosses the Lake District.

This treasured national park is filled to the brim with wonders: Lake Windemere, the largest body of water in the park; Stock Ghyll Force, one of the country’s most spectacular waterfalls; Scafell Pike, the 3,209-feet highest peak in England, and more.

The poet Wordsworth, while sitting on the banks of Grassmere Lake, called it “the loveliest spot that man hath ever found.” His poetry, and the legacy of Wainwright, ring through these valleys. Come, walk its greatest trail, and you might just hear some of that poetry echoing among the fells still to this day. 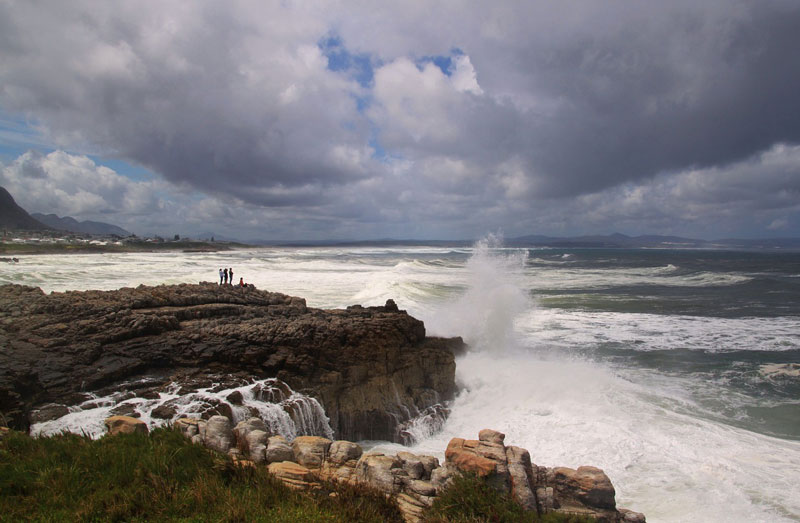 The Sardine Run is one of the ocean’s most remarkable events. Every year from May through July, tens of millions of sardines migrate along South Africa’s Wild Coast. It is estimated that, in terms of biomass, it rivals even the great wildebeest migration in Africa. Shoals can reach up to nine miles long. The activity in the water is so intense it can be witnessed from an airplane.

But the sardines are only half the story. Following in their wake are scores of Great White Sharks, Orcas, and numerous other predators who herd them into tightly packed bait balls to make them easier to catch. It is a feeding frenzy on an epic scale.

Those intrepid enough to dive or snorkel with them will be surrounded by enormous globes of silver scales darting through the water, trying to escape the hungry mouths that follow them. Luckily, those mouths are too busy gorging themselves to care about us humans sharing the water with them. They call it the ‘Blue Serengeti’ and it is one of the most exhilarating underwater adventures on the planet. Jump in if you dare.

Tweet
Published in News Articles
More in this category: « Thailand Reimposes COVID-19 Travel Restrictions Now is the time to book travel for 2023 »
back to top