Would Globe Aware volunteers be interested in some Christmas barbeque in the summer of Australia, a holiday feast of seven fishes in Italy, or an elaborate dinner affair in France!? Read to find out what other dishes are served around the world!

Christmas is much beyond a turkey or a roast, a glass of eggnog, and plenty of festive cookies like in the US. If you look at other regions in the world, it is also about barbeque in the summer of Australia, a feast of seven fishes in Italy, and an elaborate affair in France.

Christmas is just around the corner and one can already feel the festive vibe in the air, as people have started decorating Christmas trees with lights, exchanging gifts, baking cakes and celebrating with friends and family. And just like any other festival, food is an intrinsic part of Christmas celebrations too. However, not every part of the world celebrates the festival the same way or has the same delicacies. While in the US, traditional Christmas meals usually consist of a turkey or a roast, a glass of eggnog, and plenty of festive cookies, it isn’t the same across the globe. Several regions have specific, very interesting food traditions, which people religiously follow.

From Germany’s Christmas goose to Australia’s BBQ and Italy’s feast of seven fish, we’ve rounded up some of the best Christmas food traditions that are worth knowing about or trying out at home. 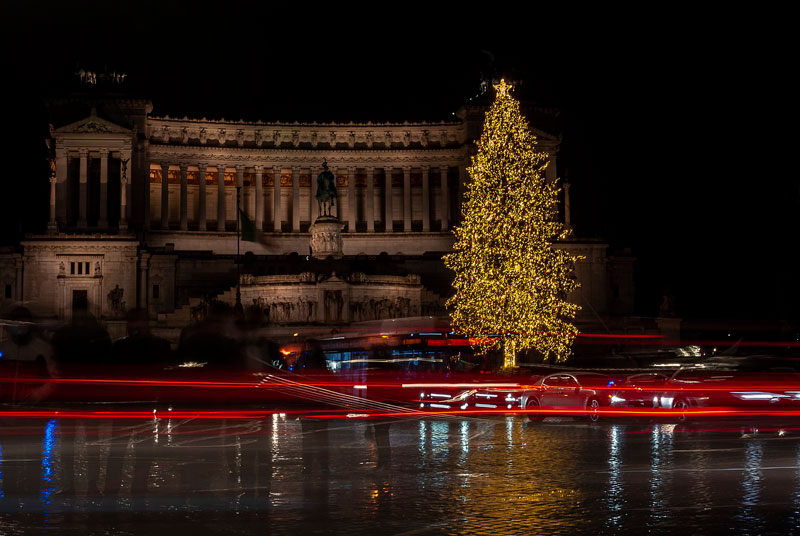 While traditional Christmas feasts in Italy vary between different parts of the country, one that is most popular throughout is the ‘Feast of the Seven Fishes’. A tradition from Southern Italy, it consists of seven seafood dishes, symbolic of the number seven - the most repeated number in the Bible. From baccala (salt cod), baked cod, fried calamari, and fried shrimp to linguine with clam or lobster sauce, octopus salad, and shrimp cocktail, the feast can have a variety of seafood delicacies.

Christmas in Australia is very different from the rest of the world, specifically because of the weather which too is unlike most parts of the world. It is summertime in Australia during Christmas, which means there is a lot more grilling and eating outside than sitting around a cosy fire with a roast. So, for most Australians, it is usually about BBQ-ing during the festival. They include ham as a main dish, but seafood is also very popular, especially ‘Shrimp on the Barbie’, which is basically grilled shrimp made on the barbecue.

Christmas is big in Greece, making the feast even more special. Traditional foods like Avgolemono, a chicken and rice soup with an egg yolk and lemon base, is generally served as the first meal of the day followed by pork, stuffed cabbage. ‘Christopsomo’, which means Christ’s bread, and Baklava, a phyllo dough stuffed with a cinnamon-spiced nut filling, are also popular.

Christmas dinner in France is a very elaborate affair, and it includes two very popular dishes - oysters and foie gras. The main dish is usually meat, like capon or turkey, which are usually roasted and stuffed with chestnuts. The biggest treat of the night, though, is the Bûche de Noël, the French version of a Yule Log. This is a rich cake often decorated with tiny meringue ‘mushrooms’.

Weihnachtsgans, or Christmas goose, is one of the most important Christmas traditions in Germany. It is always roasted, and served with other typical German foods, like Spätzle, Knödel, and red cabbage. For dessert, it is often Lebkuchen, a soft gingerbread cookie.

A popular British Christmas tradition that you may have already heard of is the mince pie. According to the BBC, this tradition can be dated back to the 13th Century. It is said that when knights returned from the Crusades with new spices like nutmeg, cloves, and cinnamon, they were made into a big pie with a dried fruit mixture, called ‘mincemeat’. It came to be known as Christmas Pie.

Unlike other regions, Christmas dinner in Finland is eaten on Christmas Eve, and includes many traditional Finnish dishes, like ham, mixed beetroot salad, liver casserole, and smoked salmon, besides the traditional Lanttulaatikko, a rutabaga casserole.

Tweet
Published in News Articles
More in this category: « Unique Christmas Traditions From Around The World The Top 7 Trending Asian Travel Destinations for 2023 »
back to top