It’s winter; any idea where your legislator is? Featured 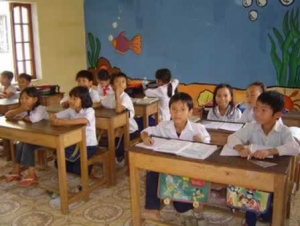 But when you’re following strict rules, it’s easier to be diligent.

Schoesler, Dye or Schmick operate under a less-than-forgiving system: If they don’t show up to vote, their constituents back home in the 9th Legislative District will hear about it.

Not so in Idaho.

Spending time in the Legislature interfering with your business?

Get yourself a temp.

Want to get an early jump on campaigning for office?

You can’t find a more lenient system anywhere else.

It’s almost as if the legislators wrote this law for themselves — which, of course, they did. After all, this is same group that had to be dragged kicking and screaming before relinquishing a lucrative public pension perk. This is the same collection of politicians who won’t submit to outside ethics reviews or disclose minimal financial conflict of interest information about themselves.

In Congress and in most state legislatures, you vote or you don’t. You either resign or you don’t. Even grave illness is no excuse. For instance, the late Sen. John McCain, R-Ariz., stayed home while he was suffering from terminal brain cancer last year.

When Brenda Erickson, a senior research analyst at the National Conference of State Legislatures, looked into this a few years ago, she found a handful of states, including Washington, that allowed legislators to get a temporary substitute if they were called up for military service. The rest made no exception.

But in Idaho, a lawmaker can take time off “for any reason,” nominate a designated replacement and have the governor make the appointment “until the incumbent .... shall be able to resume the performance of his duties. ...”

This year, 11 state representatives — nearly 16 percent of the House — and six senators — 17 percent of that chamber’s membership — took time off and relied on a temp.

The first one to take a break was Rep. Thyra Stevenson, R-Nezperce, who on Jan. 17 relied on Morgan Lohman of Lewiston to serve as her substitute. By the end of the session last month, there were so many temps on the House and Senate floor that you might have trouble keeping them straight.

Some absentees, such as Sen. Dan Johnson, R-Lewiston, had medical reasons. Johnson required shoulder surgery and departed on March 27 — about two weeks before final adjournment.

Then there was Senate President Pro Tem Brent Hill, R-Rexburg. A scheduled trip to Vietnam beckoned and the highest ranking member of the state Senate left his post on April 4.

“Through an organization called Globe Aware, we spent long days working at a school for deaf children, building a home for an elderly widow, teaching English and other activities, ” Hill explained to his constituents in a newspaper column. “Because Idaho’s legislative session persisted longer than expected, I finally asked Eric Erickson to fill in for me for what I assumed would be the last day or two, so I could keep my other commitment in Vietnam.”

Nobody elected Kay Maurin of Moscow, either.

She subbed for Rep. Caroline Troy when the Genesee Republican needed to be in Alaska at the end of February.

While Troy was gone, Maurin joined a narrow majority of House members in killing a bill that would have ended the practice of allowing children younger than 16 to be married in this state.

Troy was a co-sponsor of that bill. Somehow, she failed to convey that information to Maurin ahead of the vote.

Who knows how the outcome might have changed had Troy been in Boise that day? At least, the measure would have had one more vote. Possibly, Troy’s advocacy might have swayed other House members to join her in passing it.

There is no more egregious case than that of former Rep. Paulette Jordan, D-Plummer. Last year, she got the bug to run for governor and preferred campaigning to remaining at her job. Ultimately, Jordan resigned — but until she did, Idaho’s easygoing system allowed her to have Margie Gannon serve as her temporary replacement.

At some point, the system seems to feed on itself. If they operated under tougher rules, would legislators schedule vacations that could conflict with a longer-than-expected session? Would they take time off for business trips?

Or, if Idahoans weren’t so tolerant, would their elected representatives in Boise stay put? — M.T.

Tweet
Published in News Articles
More in this category: « Volunteer Travel to Vietnam: Promoting a green message with recycled treasures A profound volunteer travel experience »
back to top