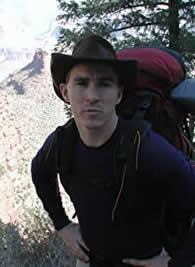 I was born and raised in Dallas. Growing up, I saw it as my duty to keep my parents on their toes. In addition to engaging in adventure sports at an early age, I was dyslexic, with Attention Deficit Disorder; there were times I wondered if I’d ever get through school. My parents may have forced my priorities a bit when I was younger, but with their insistence – er, encouragement, I became an Eagle Scout with the Boy Scouts (my final project had to do with reforestation of inter-city parks). I went to college at SMU in Dallas, majored in Communications, then became a Microsoft Certified Engineer (though I was perhaps more dubiously visible as the official SMU Peruna mascot). Now I’m a thirty-something guy, working on my M.B.A. with an emphasis on Information Assurance and Personal Finance. After graduation, I worked for a number of medical software companies in an IT capacity. I have also volunteered with autistic children in the Dallas Public School System, and helped out with various groups, such as Sustainable Dallas, and donated web developing services to a variety of nonprofit organizations. Sports in school: triathlon and competitive swimming (have official lifesaving certification, but let’s not test that!). I also really enjoyed one summer spent as a raft guide in Colorado. I am now also a landlord of sorts with a few rental properties. I enjoy hands on projects, and have enjoyed refinishing floors, putting in new fixtures, etc, and being a landlord gives me plenty to do in this regard. I’ve traveled extensively in New Zealand, Suriname (Dutch Guyana), Mexico, Germany, among other places, and conducted exploratory missions with volunteers in South America, including to Costa Rica, where we researched available projects, needs, and resources; (I have also worked with the Urban Oasis project against urbanization with Globe Aware). In addition, I organize yearly adventure ski programs in Colorado where I teach (without monetary compensation) people how to ski. At various times, I’ve also made Seattle, Houston, and Colorado my home. Hobbies have included construction work and woodworking projects (from heavy duty to making items such as an amateur electric guitar). I particularly enjoy people to people programs that expand people’s minds. For example, I founded a Dining Club to bring people together to sample new cuisines. I love kids, dogs, people, and the outdoors. My girlfriend lives in College Station at the moment, and is on her way to being a veterinarian; she’s the greatest! I love the concept of Globe Aware, particularly the idea of “Having Fun and Helping People.” I got involved via one of the founders in February 2002 and I just can’t wait to meet each and every one of you! GO TEAM!