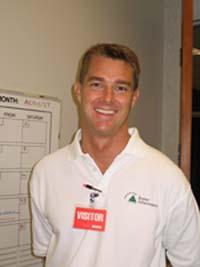 Tom is a native of Illinois and now resides in Atlanta. Prior to Atlanta, he has lived in Panama, Barcelona, Indianapolis, Virginia, and the Chicago area. He has traveled extensively in Central and South America as well as Europe. Tom has visited more than twenty countries in his travels. Tom graduated from Northern Illinois University with degrees in Economics and Political Science. He worked for eight years in management for both a large grocery retailer and a financial service company. After these years working in the private sector Tom decided make a career change. In 2000, Tom joined the Peace Corps and was assigned to the Small Business Sector in a rural community in central Panama, were he lived and worked for two years. He extended a third year with the Peace Corps to work as a Volunteer Coordinator in the business sector at a national level. Tom is currently employed by the Peace Corps in Atlanta.