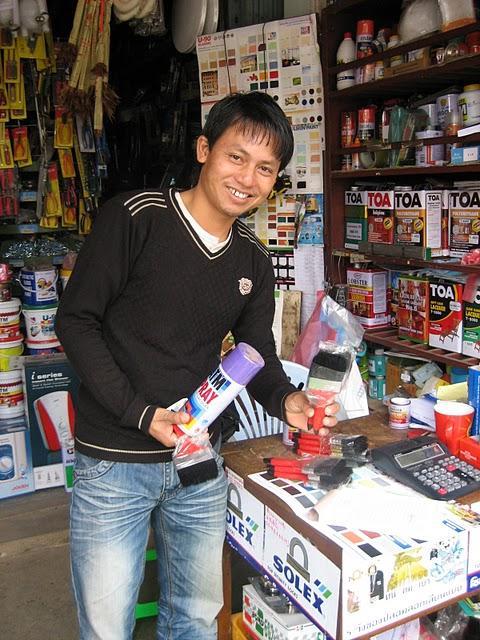 Somphone Keomany, also known as "Kelvin," has been working with Globe Aware since 2006. He became our lead coordinator in the spring of 2008. Kelvin is extremely well connected in the Luang Prabang area, and has no shortage of project opportunities for volunteers. He is extremely gracious, and loves helping visitors get to know Laos better. In his spare time, Kelvin offers mountain bike tours around Laos, and he also drives a tuk-tuk. He has a wife and a 4 year-old son named Kelvin.

"The people in Lao are very kind, polite and generous. I love how they are very social and in the villages ther eis much socializing and eating together. They are a real community in every sense of the word." - Diane Favia, February 2012

I cannot speak more highly of the respect I have for Kelvin. He was prompt, educational and articulate. He has such a gift with the children and was of great assistance helping me assess the children's competence of English prior to leaving me in a classroom of smiley faces and eagerness. Thank you to everyone at Globe Aware for being responsible for changing people's lives for the better and I love your offsetting of carbon emission charter." - Margaret Wishart, October 2010