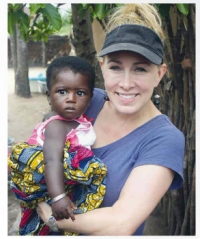 Today we’d like to introduce you to Kimberly Haley-Coleman.

Kimberly, let’s start with your story. We’d love to hear how you got started and how the journey has been so far. 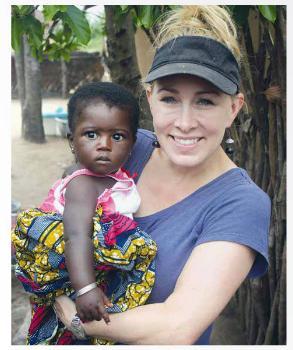 I was raised with a deep love for different cultures. Before I got an MBA in international business, I got my masters in Art History (here at SMU). After working for a few nonprofits, I ended up in the for profit world doing business for multinational corporations. I found myself often traveling to developing countries where I sought to volunteer. I found that organizations just didn’t want short term volunteers, as the time and energy to train someone wasn’t worth it if the volunteer couldn’t commit a significant chunk of time, usually a minimum of a few weeks.

Since 1990 Ms. Haley-Coleman has been establishing long-term strategic partnerships and projects in non-profit and for-profit international arenas. Prior to founding Globe Aware, she was Vice President of Business Development for an aerospace company, Space Services International. Previously she led Business Development for Infotriever, which facilitated global contacts. As the Director of International Business Development at Investools, she created strategic international relationships and developed a globalization strategy to give free financial education tools to millions. During launch of CNBC.com, was Product Manager, managed and supervised product development efforts and trained on-air staff in using online stock evaluation tools. She developed and patented Dcipher, an artificial intelligence engine for free, real-time analysis of stocks and portfolios which helped provide investment analysis for those who could not afford financial advisors. At FCA, she created international joint ventures for small companies to develop sustainability of West African markets. Certified with Series 7, 65 and 63 licenses, she spent 2 years as Associate Portfolio Manager of the closed-end Capstone Japan Fund, she researched international stocks, made investment picks and placed trades. At Documentary Arts and Contemporary Culture, two Dallas-based non-profit organizations, she served as Associate Director of Programs, where she organized programs, wrote grants; prior nonprofit work includes internships at Dallas Museum of Art and High Museum of Art in Atlanta, Georgia. She squeezed in volunteering while traveling internationally on business and consulted with various international NGOs on achieving their goals.

Frustrated by the difficulty to give time effectively in needy communities within confines of busy life, she began Globe Aware to give Westerners a forum to serve in a meaningful and fun way for both the recipient communities and the volunteer. She wants Globe Aware to serve as a lamp to light that flame of inspiration in people who might otherwise have very little time to give abroad. She has an MBA in International Business from UD, grad with Highest Honors, received Texas Business Hall of Fame Scholarship Award, has an MA from Southern Methodist University and a BA from Emory University.

She is currently serving as Chair on the Executive Board of IVPA (International Volunteer Programs Association), on Dallas Opera Board of Trustees, on Board of Groundwork Dallas, is President of Dallas’ Shore Acres Beautification and is Leadership Member for Service Nation.

Overall, has it been relatively smooth? If not, what were some of the struggles along the way?

The problem is that most Americans with jobs simply don’t have that kind of time (weeks or months) to give. And yet they are frequently in a position where not only can they give more financially, but their souls actually need that meaningful interaction, perhaps even more than those who have flexible schedules. It can be such a grey, dog-eat-dog world. To get out of it, to stand side by side as equals helping people one projects that are important to them, that’s something that can bring new meaning and color and even appreciation to life.

Also 2008 was a bumpy year for sure. Expenditures on travel and donations are often the first areas cut so we, like most nonprofits, took a huge hit 2008 to 2009.

“I think it’s critical that in order to be a really involved, successful person, I feel it almost requires that one be a globally aware citizen. It helps find resolutions, on a global scale, to conflicts that are important, whether it’s political peace or bringing groups and different nationalities together to find a solution to problems that we all face,” Haley-Coleman said, “But it’s also a huge source of joy for someone for their whole life, to have those wonderful moments of cultural understanding.”

Please tell us about Globe Aware.

Short term, one week volunteer vacations in 20 countries around the world. Volunteers typically work about 35 hours a week, but they also have cultural activities scheduled and free time. The cost of the program and the airfare is 100% tax deductible against the participant’s income.

What sets us apart? That our volunteers typically feel they have received much more than they have given, because this generally inspires them to do even more and to stay engaged. When we know we are making a difference, it not only helps others but clearly improves our own sense of well-being. What better win-win is there than that?

How are we different? People calling us will not confront a voice mail tree or unanswered emails. We are committed to human interaction. We let locals decide which projects they need. We allow families of all ages to participate. Also, this isn’t just fulfilling. It is outright fun. If it isn’t fun, we aren’t doing our job. Our motto is, “Have Fun, Help People”

Also, most of our peers don’t believe in contributing financially to project work, seeing that as a way to increase reliance on outsiders. We take a different approach. If you spend money on wheelchairs and give them to people who need them, this increases their self-independence. We engage in projects that the locals have asked for, do them in a way they decide upon, we don’t choose projects involving heavy equipment or machinery or high on ladders, don’t handle bodily fluids or require certain skills.

Doctors Without Borders is a great organization, for example, if you’re wanting to do surgery. That’s not our forte!

Every organization is different. Ours are specifically geared toward those without specific work or language skills who have *very little free time*. Our most often call is someone who knows they want to volunteer but have no idea where. We spend a fair amount of time assessing how much travel they’ve done before. For example, if they’ve never left the country, we generally think its huge amount of culture shock to go straight to India or Cambodia, for example, and we might recommend Costa Rica, as its culture isn’t quite as drastically different from North America. If they have traveled and they speak another language, such as Spanish, we might steer them to a country like Peru. See its very much based on the specific volunteers past service, travel, and languages. Oddly not many people decide where to go based on what TYPE of service is offered. For example, we assemble wheelchairs for landmine victims in Cambodia. I really don’t think that the service itself is ever a deciding factor, and really that’s ok. There is REAL NEED everywhere. Start with your interest, inclination, and perhaps any culture you have personal connection to.

Globe Aware has just launched a 3-part initiative in an effort to aid the post-earthquake Mexico reconstruction effort in the villages of Hueyapan, Zaucalpan, Tetela del Norte, Jojutla and Yautepec, as well as their main program location, Tepoztlan.

The organization has a deep connection with Mexico, and recognizes that these smaller communities are not receiving the help they need. The organization immediately connected with program coordinators and began relief aid by coordinating the delivery of supplies for assistance in these areas.Globe Aware has now begun work directly with families in those locations in rebuilding their homes, prioritizing building homes for those with single mothers and young children, as well as the elderly. Volunteers who register for the Globe Aware Mexico volunteer vacation program will have the opportunity to be a part of these critical reconstruction efforts. Haley-Coleman, stated that “In a world where many of us may feel helpless in the face of seemingly constant manmade and natural disasters, this kind of effort means not only getting much needed supplies and housing directly to those who most need it, but also allows our hearts to heal as we participate in the mending.”

Has luck played a meaningful role in your life and business?

Yes, luck played a part. We were fortunate to come up at a time when there is a generally growing sense of social consciousness that has allowed us to succeed. Also, our volunteer demographic happens to coincide with an attractive ad demographic for a lot of mainstream media, so we have been the fortunate beneficiary of being the subject of their stories and segments. If you had to go back in time and start over, would you have done anything differently?

It certainly would have been easier if I started earlier before having children, but I think things work out the way they do for a reason.

Janet Robinson, a recently returned mother who volunteered in Cuba says “I think my children learned what you really need to be happy. I think we learned about material possessions and what people, in general, need to be happy, because we saw people who didn’t have anything who were having happy and wonderful lives.”

Programs cost about $1000 to $1500 a week and include food, accommodations, bottled water, project materials, medical insurance, bilingual coorindator, in-country transportation, etc and are fully tax deductible against your income.

Read 3534 times Last modified on Thursday, 05 October 2017 11:24
Tweet
Published in Globe Aware news
More in this category: « Make a difference with your family on a volunteer vacation Globe Aware assists Romanian families dealing with Down Syndrome »
back to top