I was there to learn from them 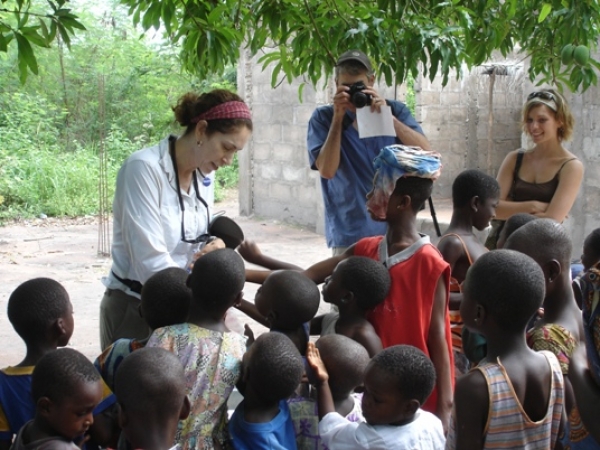 I taught in the schools and yes, I think the children enjoyed it and learned from it. It was very much a novelty for them though, as an "obroni" (their name for white person) you are somewhat of a mythical creature and they are so curious about you - I hoped that it did not distract from my teaching. Furthermore, I definitely think the more meaningful part of the program was not what I was able to teach, or donate, but rather the time and attention that I gave to each of the local people that I interacted with. From my language teacher, to the local women who taught me how to cook, to the elders who taught me music and dancing, and to each and every person and child that I met - the fact that I was there to learn from them - to learn their culture and language and traditions (rather than coming there as if I was some smarter-than-them American trying to "help" them) was much more meaningful to them and I think it was well received and appreciated by them. - Nicole Vasquez, November 2013

Tweet
More in this category: Africa was such an amazing experience »