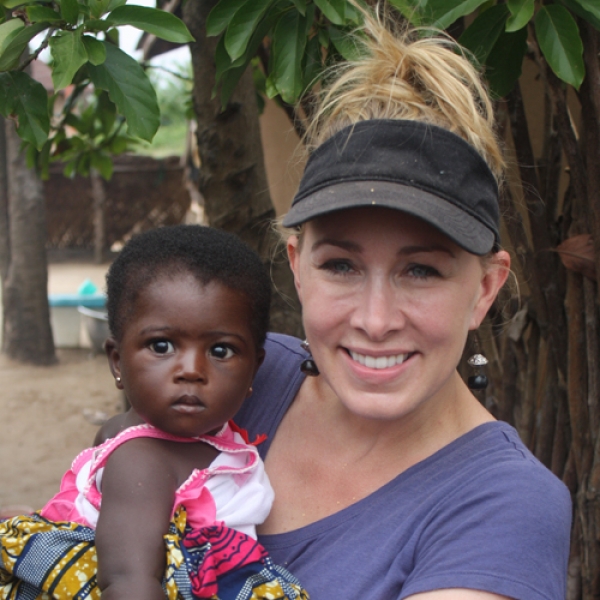 Kimberly Haley-Coleman has been establishing long-term strategic partnerships and projects in the non-profit and for-profit international arenas. Prior to co- founding Globe Aware, she was Vice President of Business Development for an aerospace company in Houston called Team Encounter. Previously she spent several years heading up Business Development for a Canadian company, Infotriever, which facilitated global contacts and communication. As the Director of International Business Development at Telescan (now InvestTools) , she created strategic international relationships and developed a globalization strategy plan throughout 20 countries to put financial education tools into the hands of millions at no cost to the end user. During the launch of CNBC.com, she spent several months serving as interim Product Manager, where she managed and supervised all product development efforts and trained the entire on-air staff. In her off-time, she co-developed and patended Dcipher, an online artificial intelligence engine which creates free, real-time analysis of stocks and portfolios to help those who cannot afford or understand how to pick investments for their future financial stability.

Earlier in her career, Ms. Haley-Coleman worked at FCA Inc where she developed international joint ventures for small to medium sized companies to help develop the self-sustainability of West African markets. Certified with her Series 7, 65, and 63 licenses, she also spent two years as Associate Portfolio Manager of the Capstone Japan Fund, where she researched international stocks, made investment decisions, and placed trades. Her background also includes several years at Documentary Arts, Inc, a nonprofit where, as Associate Director of Programs, she was responsible for organizing programs, writing and securing grant funding, and several volunteer intern positions at the Dallas Museum of Art and the High Museum of Art. Throughout her career, Haley-Coleman would squeeze in volunteering while traveling internationally on business, and consulted with various international NGOs on how to achieve their goals. She was struck by the difficulty of trying to give time effectively in needy communities within the confines of the typically rushed American lifestyle. Over the years, together with a group of like-minded individuals with backgrounds in medicine, construction, sustainability and communications, she helped to co-found Globe Aware. The objective was to allow busy Westerners a forum for giving their time in an organized fashion in a way that was significantly meaningful and fun for the recipient communities and for the volunteer.

Haley-Coleman holds an MBA in International Business from the University of Dallas, where she graduated with Highest Honors, she is a recipient of the Texas Business Hall of Fame Scholarship Award, has an M.A. from Southern Methodist University and a B.A. from Emory University. She currently serves on the Boards of a number of organizations, including the Executive Committee for IVPA (International Volunteer Porgram Association), an alliance of nonprofit, non-governmental organizations based in the Americas, that are involved in international volunteer and internship exchanges. IVPA encourages excellence and responsibility in the field of international volunteerism and promotes public awareness of and greater access to international volunteer programs. Haley-Coleman also serves on the Board of Groundwork Dallas, a grassroots effort to sponsor and coordinate community based environmental improvement projects in economically challenged areas, is President of Dallas' Shore Acres Beautification Club, and is also the Leadership Member for Service Nation, an initiative that strives to increase service & volunteer opportunities for Americans.